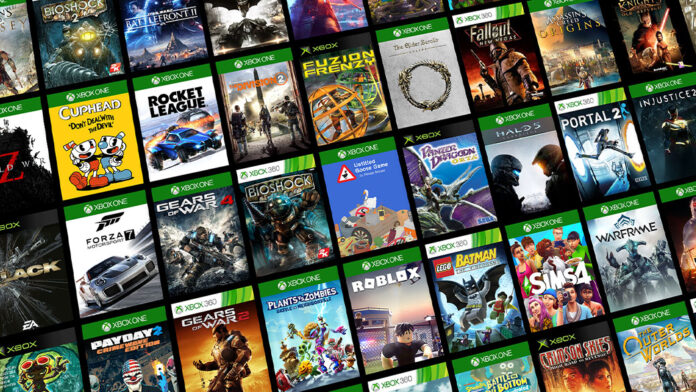 The original Xbox was Microsoft’s entry into the video game console market, and it was released in North America in 2001. Halo: Combat Evolved’s popularity helped it sell over 1.5 million units by the end of that year, but there are a tonne of other fantastic games that have stood the test of time. Here are our selections for the top Xbox original games. 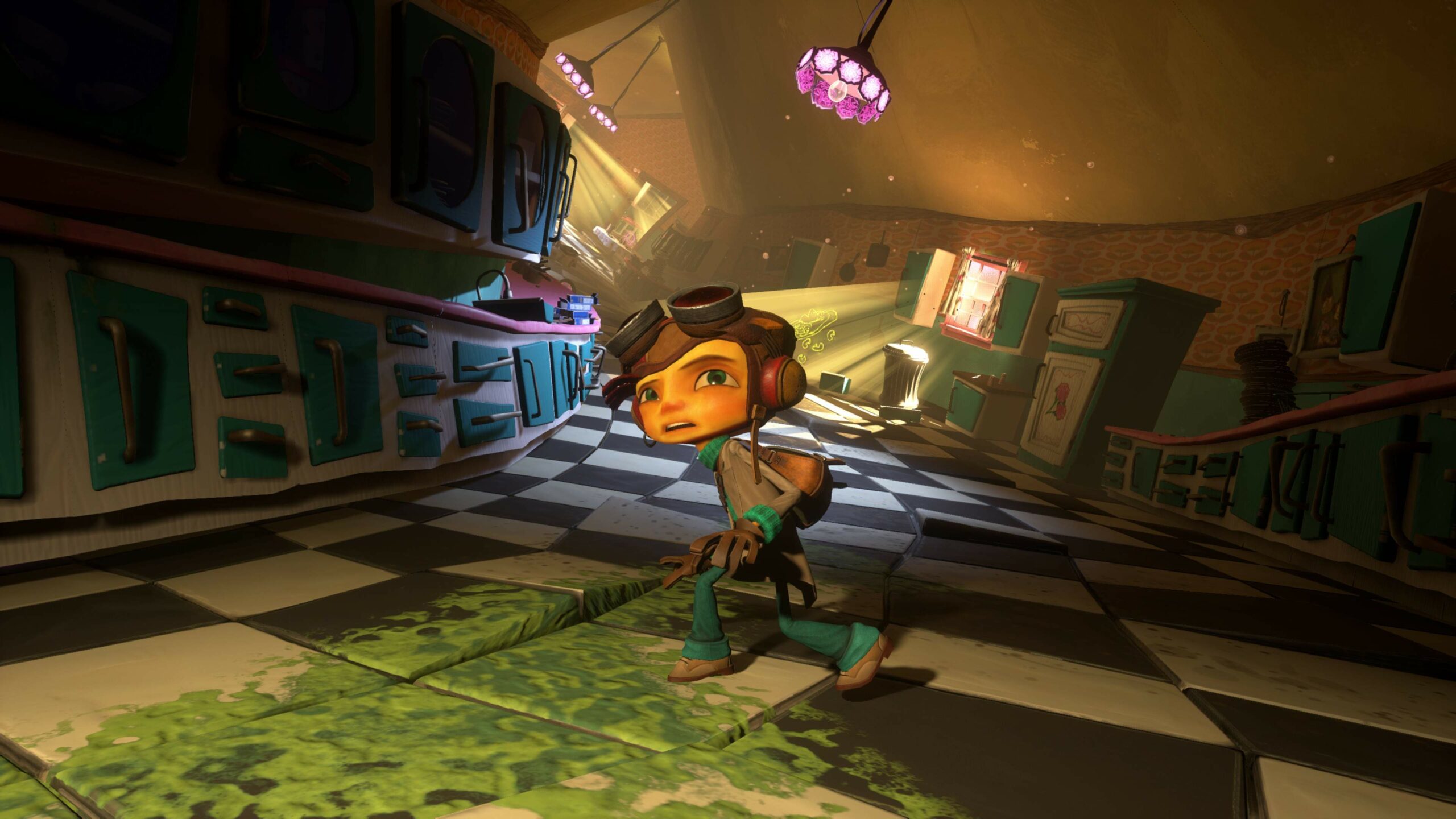 Although Psychonauts took a while to develop, it was well worth the wait. Along with the standard platforming action, Psychonauts also has an intriguing visual aesthetic, a compelling narrative, excellent voice acting, and an unmatched sense of comedy. Psychonauts is always enjoyable to pick up and play, despite not being very lengthy or difficult. 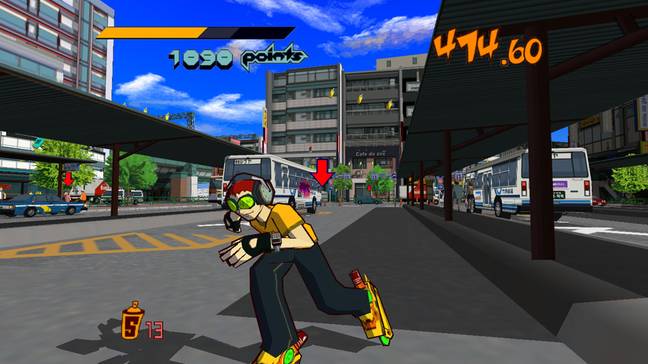 The Dreamcast game Jet Set Radio’s sequel, Jet Set Radio Future, by Sega, cranks up all of the positive aspects of its predecessor to 11. Jet Set Radio Future stands out among the other other skateboarding games of the era thanks to its distinctive cel-shaded graphics and thrilling soundtrack. Skating through enormous urban landscapes and graffiti-tagging anything in sight is a lot of fun. Because Ubisoft, the company that developed and published Tom Clancy’s Splinter Cell: Chaos Theory, listened to the criticism of the first Splinter Cell’s players, they were able to completely improve upon it. It’s no longer game over if you kill too many people or cause an alarm. The use of stealth is encouraged but not required, making the game more approachable and enjoyable. 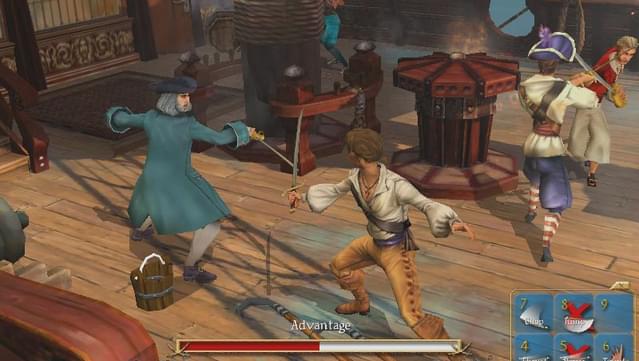 In Sid Meier’s Pirates!, you have free reign over the entire Caribbean Sea and can travel anywhere and do anything. In this venerable simulator, you’ll loot cities, hunt for hidden riches, engage in naval combat, and much more. Give Pirates! a try if you enjoy the The Sims and Civilization games because it is well-paced and quite addictive. One of the best racing games of its generation is Forza Motorsport for the Xbox. Although the gameplay is not novel nor inventive, the realistic graphics and extensive customization options give sports car enthusiasts the impression that they are actually driving their ideal vehicle. Forza Motorsport will satisfy your need for speed if Mario Kart is too juvenile for you. 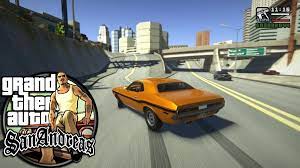 Because of how extensive the Grand Theft Auto series is, it merits its own category. In GTA: San Andreas, Carl Johnson returns to his hometown five years later to discover his mother murdered, his family in disarray, and his friendships in peril. He needs to seize control of the streets in order to save the people he cares about. GTA is obviously not for young children because to the brutal violence, but it will keep older gamers occupied for hundreds of hours. 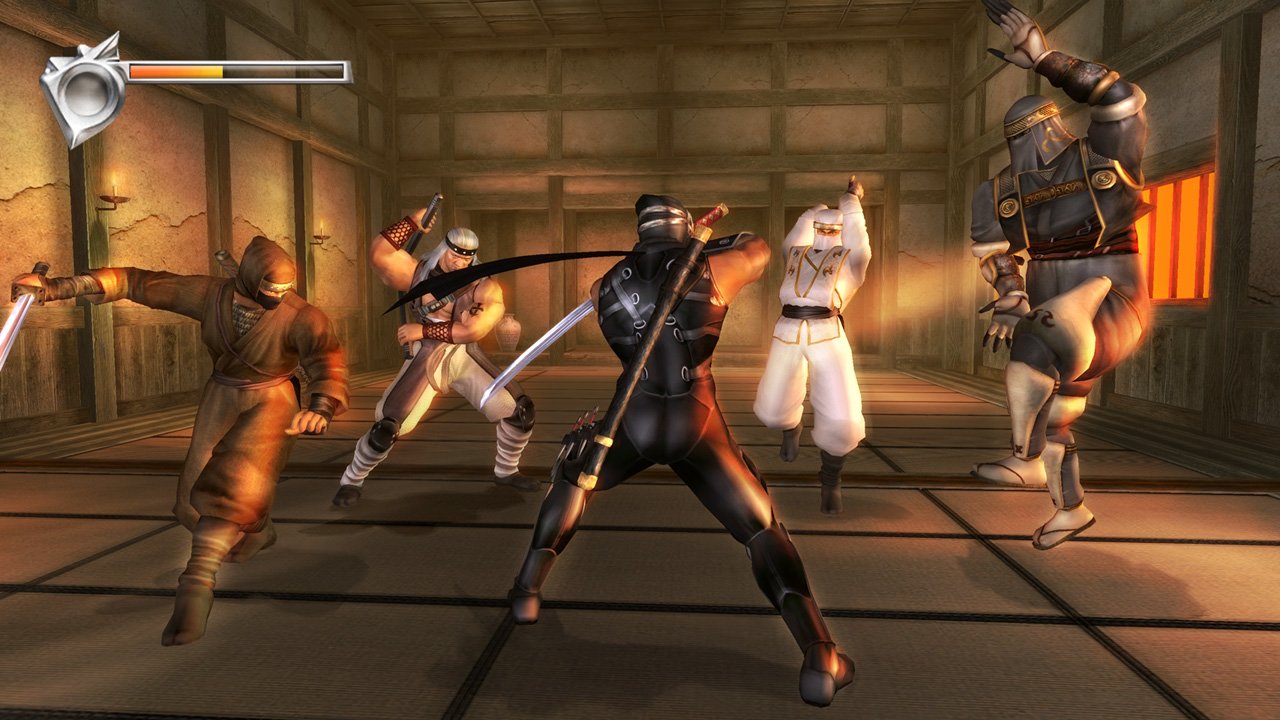 The 2004 title Ninja Gaiden, which was based on the NES classic of the same name, has been revamped to become Ninja Gaiden Black. Everything from the original game is present, coupled with a tonne of brand-new features. The video games in the Ninja Gaiden series are notorious for being extremely challenging. Don’t quit up even if you get destroyed in the first level; if you die enough times, you’ll unlock easy mode. 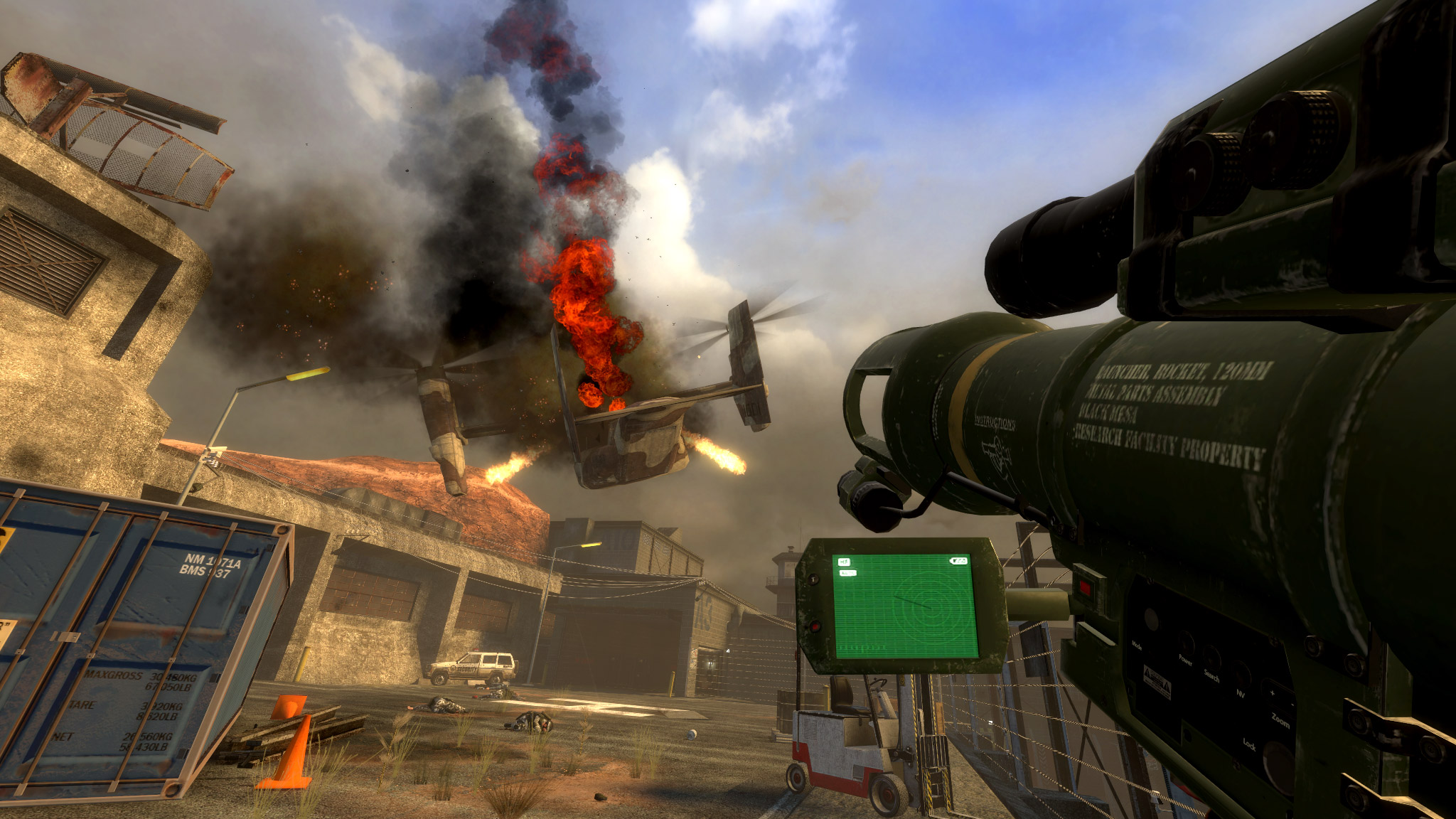 One of the best first-person shooter experiences on the Xbox was achieved thanks to Half-Life 2’s successful migration from the PC to the latter platform. The single-player campaign is among the best you’ll ever play, and the open-ended narrative adds a lot of replay value. It does not, however, include any of the fantastic multiplayer modes found in the PC version. 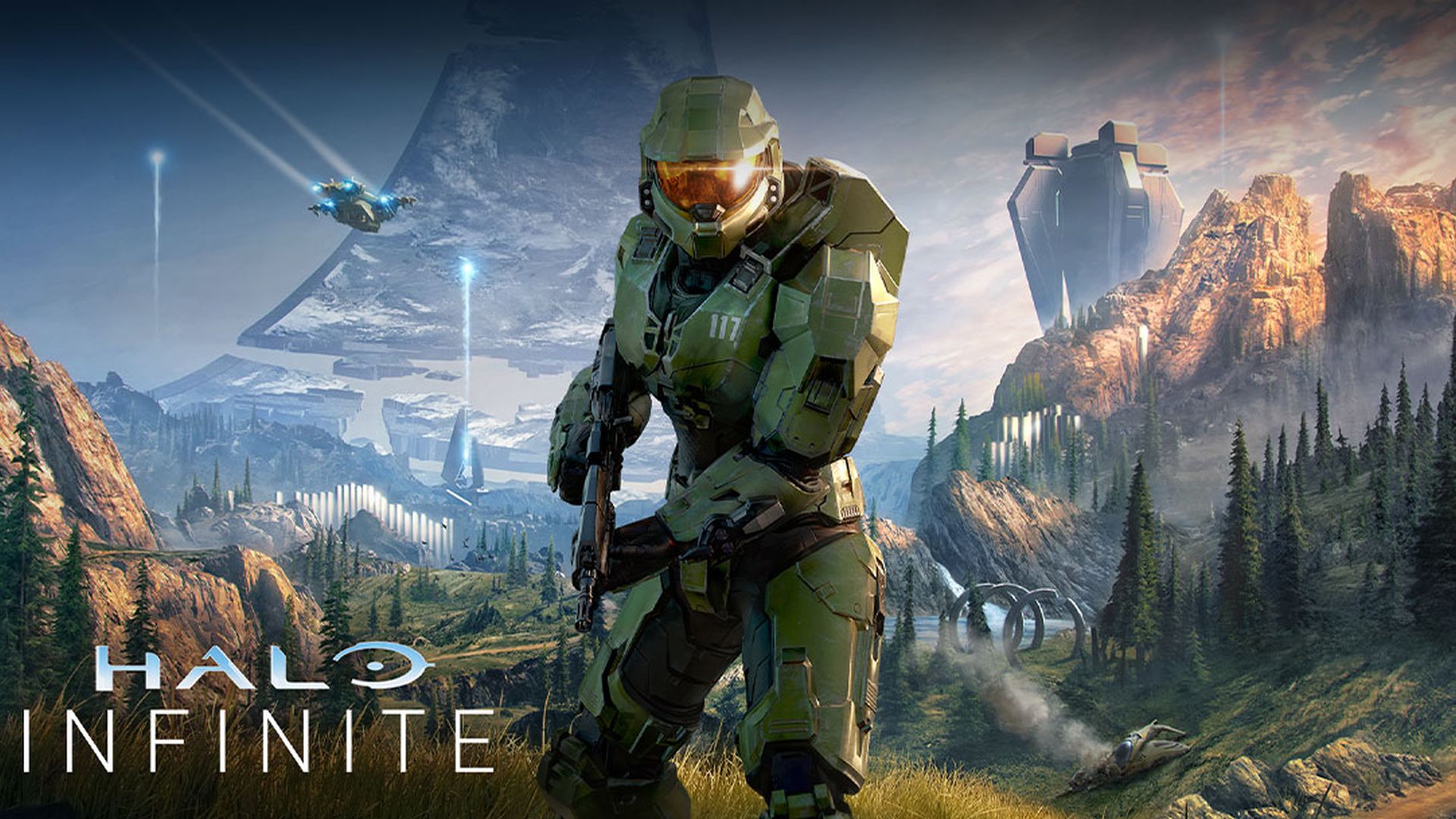 Master Chief and Cortana make a comeback to Earth in Halo 2 to take on the Covenant and defend humanity. Even if it only strays little from the conventional first-person shooter format, it’s still one of the best Xbox games. Although the single-player mode is enjoyable, Halo 2 really shines in the multiplayer game. The combination of responsive controls, stunning graphics, and numerous fantastic explosions makes for a compelling product. 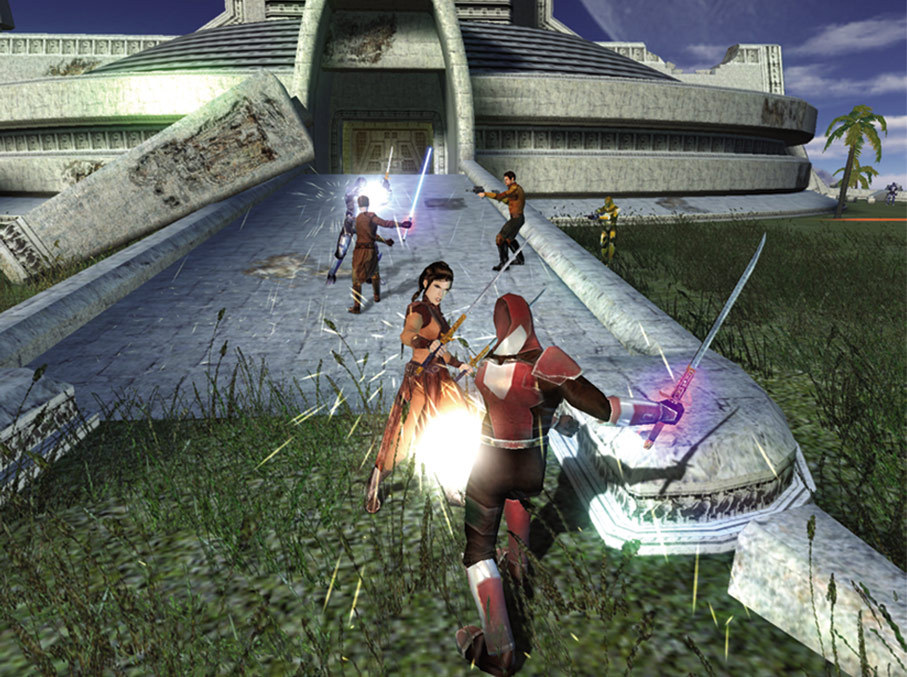 The best Xbox role-playing game, as well as one of the best on any platform, is Star Wars: Knights of the Old Republic. The turn-based fighting moves quickly enough to keep you involved in the action and give you the impression that you are actually in charge rather than merely watching the plot develop. An outstanding Xbox game results when you combine this fantastic gameplay with the Star Wars world.