Having a real pet might be challenging at times. Perhaps your apartment complex has rules, or your family members are allergic. It isn’t ideal, but there are other options, such as virtual pet apps. Adopting, feeding, cleaning, and caring for a small virtual pet is a subcategory of the simulation genre. The genre has its ups and downs, but the games are usually fun for the whole family. They’ve also experienced a rise in popularity in recent years. Some of the names on this list may be familiar to you, such as My Tamagotchi Forever, which was created by the same business that created the small Tamagotchis in the 1990s. Here are the finest Android virtual pet applications and games. 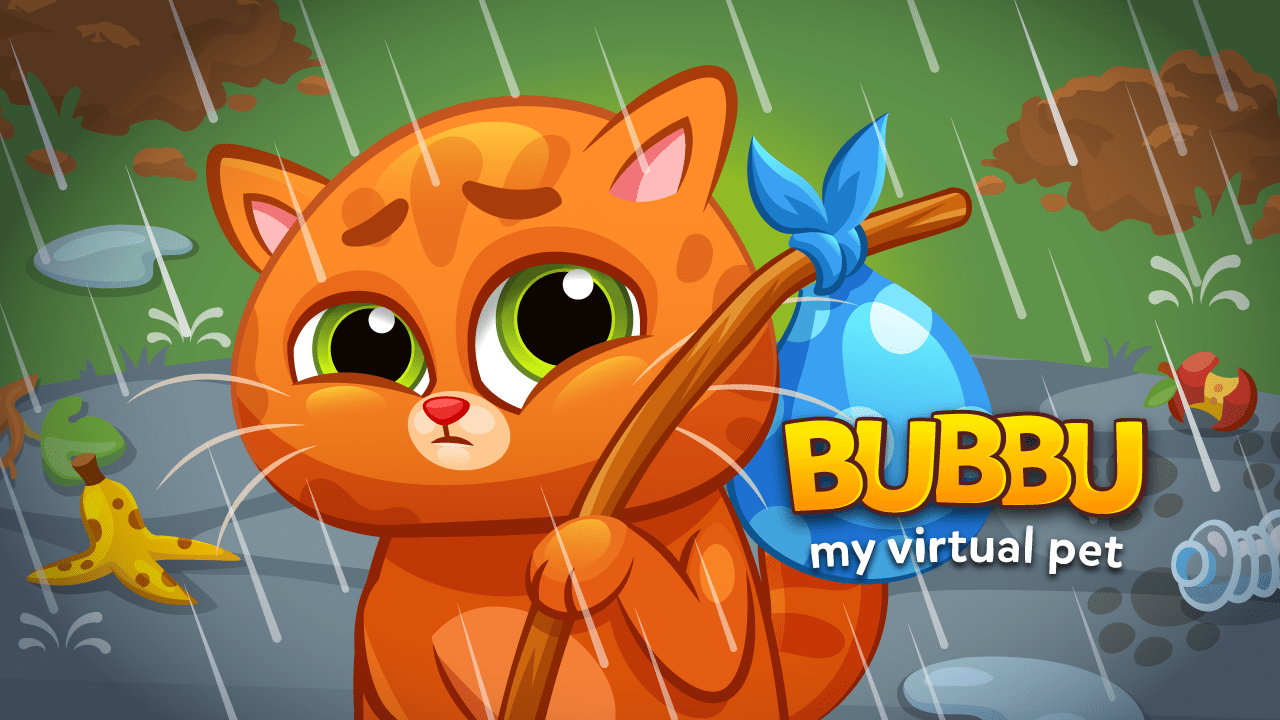 In terms of mechanics, Bubbu is similar to Tamagotchi. You begin with Bubbu and take care of him. Bubbu can be fed, dressed, cuddled, and bathed by the player. There are also over 30 mini-games, a minor fashion game, and a house-building component. Between the crucial tasks like feeding, the other activities give players something to do. It’s all centred on the virtual pet theme, and it’s all really well tied together. Duddu, a similar game with a dog instead of a cat, is also available from the makers. You can choose between the two.
The games are nearly identical.

Dogotchi is a relic from the Tamagotchi era. It has a very basic 8-bit UI and a cute little puppy to look after. You feed it, give it shots, play with it, and look after it. There are 12 dogs in the game, as well as a growing up mechanic, mini-games, and colour customization. Raising your existing pups to adulthood is how you unlock dogs. There are no in-app purchases in this one, so it’s completely free. There are advertisements, and we wish there was a way to pay to have them removed. Aside from that, this is a fantastic free alternative in this genre. There are several additional retro-style virtual pet apps available from the same creator. 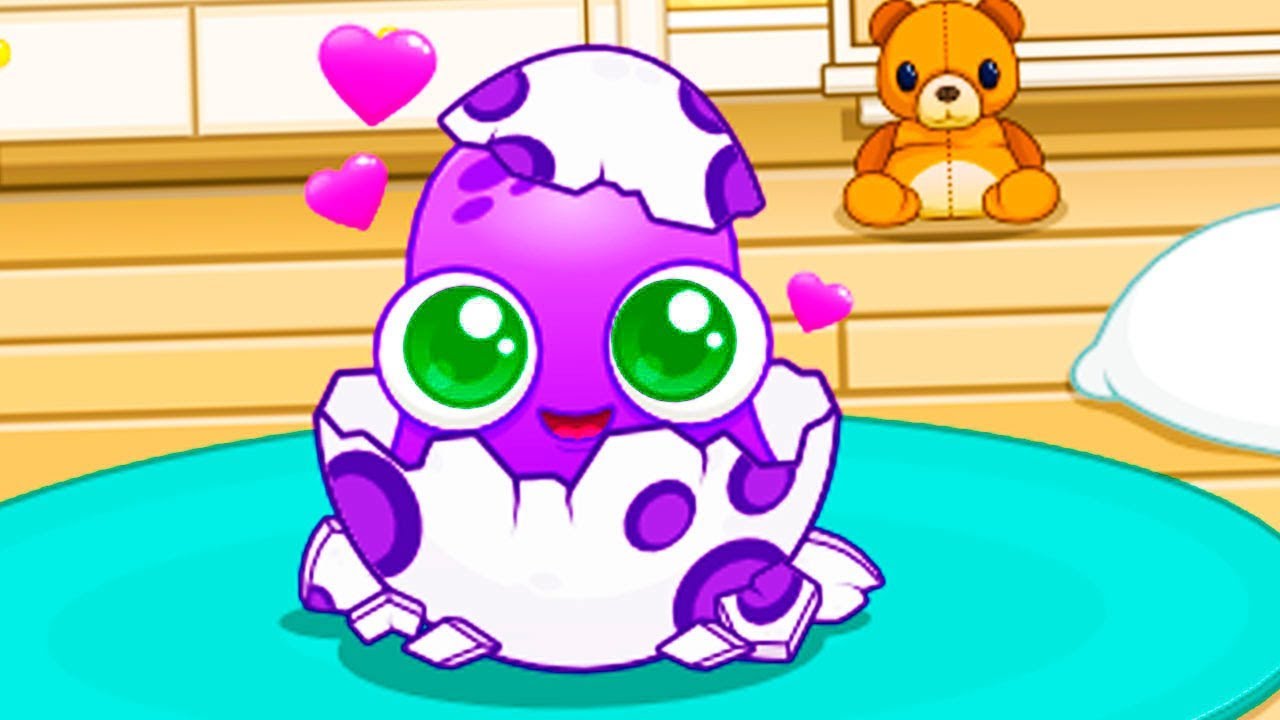 Frojo is a Google Play developer who has a slew of virtual pet games. My Corgi, Moy, Oliver the Virtual Cat, My Chicken, My Lil’ Dino, and many other alternatives are available. The games all play in a similar fashion, so all you have to do is choose which animal you wish to care for. Except for Moy, who resembles a purple octopus alien monster, they’re all rather self-explanatory. The games contain a variety of mini-games as well as small tasks to complete in order to care for your virtual pet. They’re all family-friendly, entirely free (with ads), and simple enough for most people to play. 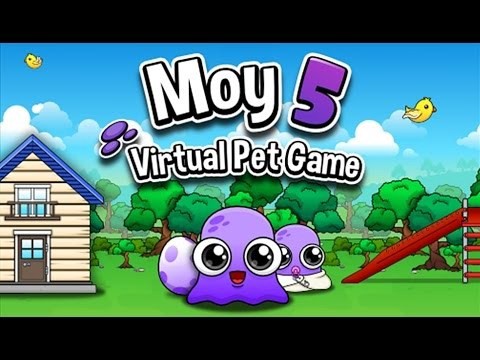 We’ve seen a lot of virtual pet apps, but Godville is one of the most interesting. You essentially take on the role of God. You have a subject that takes care of everything for you, including adventuring, murdering bad guys, gathering loot, and so on. It’s a ZPG (zero player game), which implies the game is self-playing. All you have to do is tell it what to do.
You may have the full RPG adventure experience without having to play the game. The player can choose which guild your minion joins, which tasks they complete, and even whether or not they build temples for you. It’s a cute little game that’s surprisingly enjoyable considering how little you have to do. 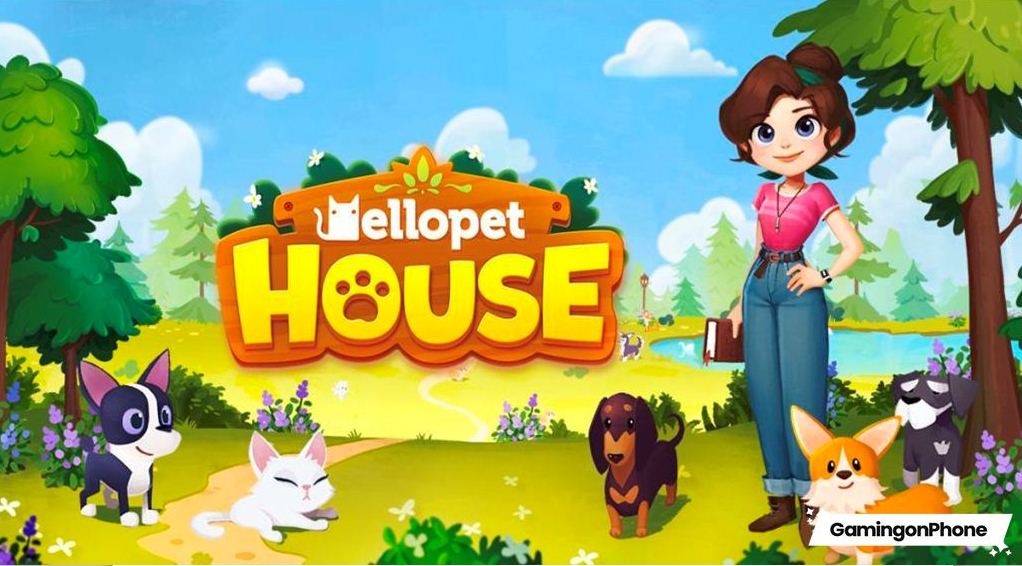 Hellopet is a different type of virtual pet game. This one makes use of your phone’s screen overlay functionality to offer you a pet. Basically all of the time, your pet is on your phone.
You might notice it while responding to a text message or navigating through your app drawer. Adopting a pet, caring for it, and playing mini-games are all part of the game. It’s a fairly standard virtual pet game at its core. However, we couldn’t help but be amused when our dog ran across the screen one day while we were scrolling through Twitter. The in-app purchases in this game could be a lot better, but they don’t seem to have much of an impact on the game’s most enjoyable aspects. 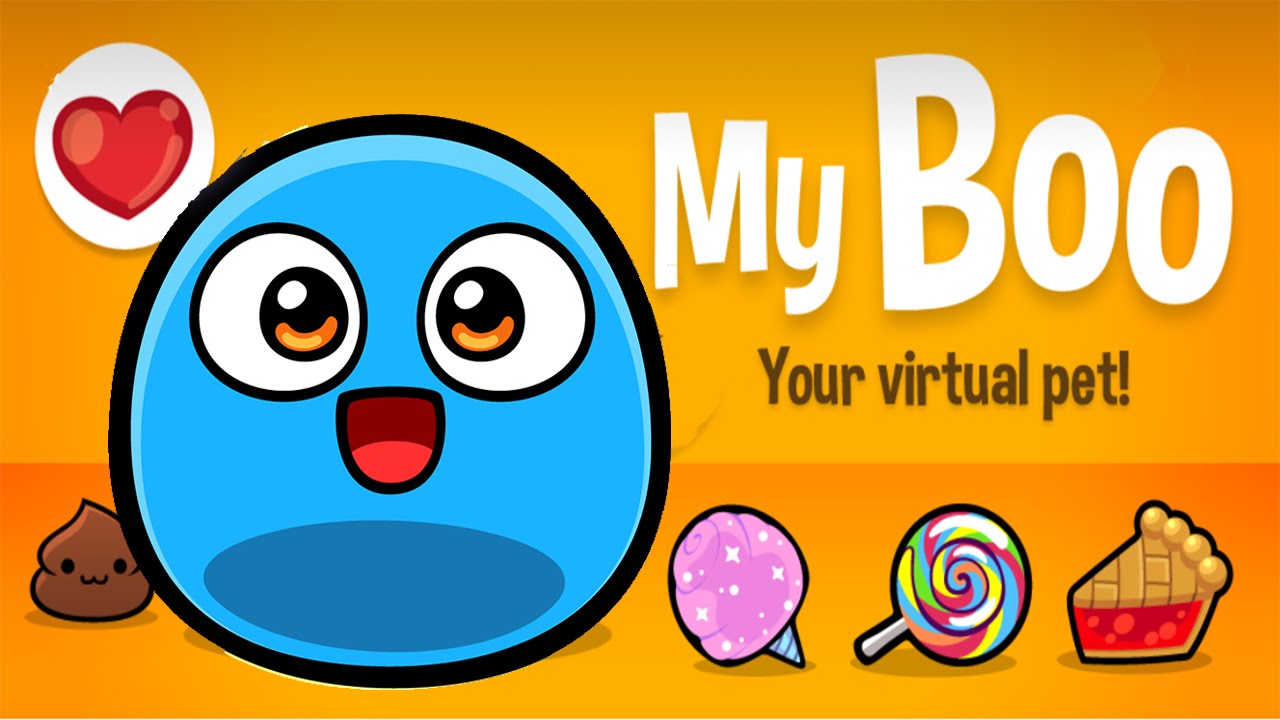 My Boo is a typical virtual pet app that is also one of the most popular. You take in an adorable tiny blob monster and raise it. Players must grow it, give it attention, feed it, and dress it up in various outfits. To be honest, this one doesn’t have a lot of distinctive features.
The game just excels at all aspects of virtual pet ownership, making it easy to recommend.
The advertising can be a little excessive at times, but you can pay to have it removed.
Overall, it’s a pleasant experience.

My Tamagotchi Forever is a smartphone adaptation of the popular 1990s game Tamagotchi.
This, on the other hand, does not resemble the classic game in appearance or behaviour. It does, however, deliver a fantastic virtual pet app experience. You adopt your Tamagotchi and take care of it, such as raising it, playing with it, feeding it, and cleaning up after it. This one also has a cool augmented reality component that works well with the game. To be honest, we recommend the game solely to try out the AR features. It’s a paid-to-play game featuring paid-to-play elements. You won’t have to worry about them if you have a little patience. 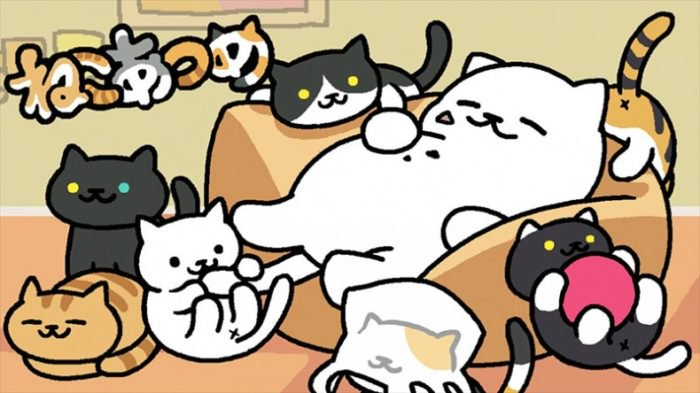 The cat game Neko Atsume is quite popular. On reality, the Easter egg in Android Nougat was extremely identical to this one. Players spend their time putting food out for kitties before adopting them. The goal is to collect all of the game’s about four dozen cats. You can personalise the cats’ living quarters and provide them with toys to play with. It isn’t your typical virtual pet game. However, it contains sufficient aspects, and we adore how lovely this one is.

Pou is a virtual pet game that’s been around for a while, but it’s still very popular. It works in the same way as most other virtual pet apps. You obtain a Pou and care for it. Feeding, playing, and dressing it, as well as several other game aspects, are all included. Cloud storage, frequent updates for bug fixes, and other features are just a few of the perks.
It’s safe, enjoyable, and family-friendly. 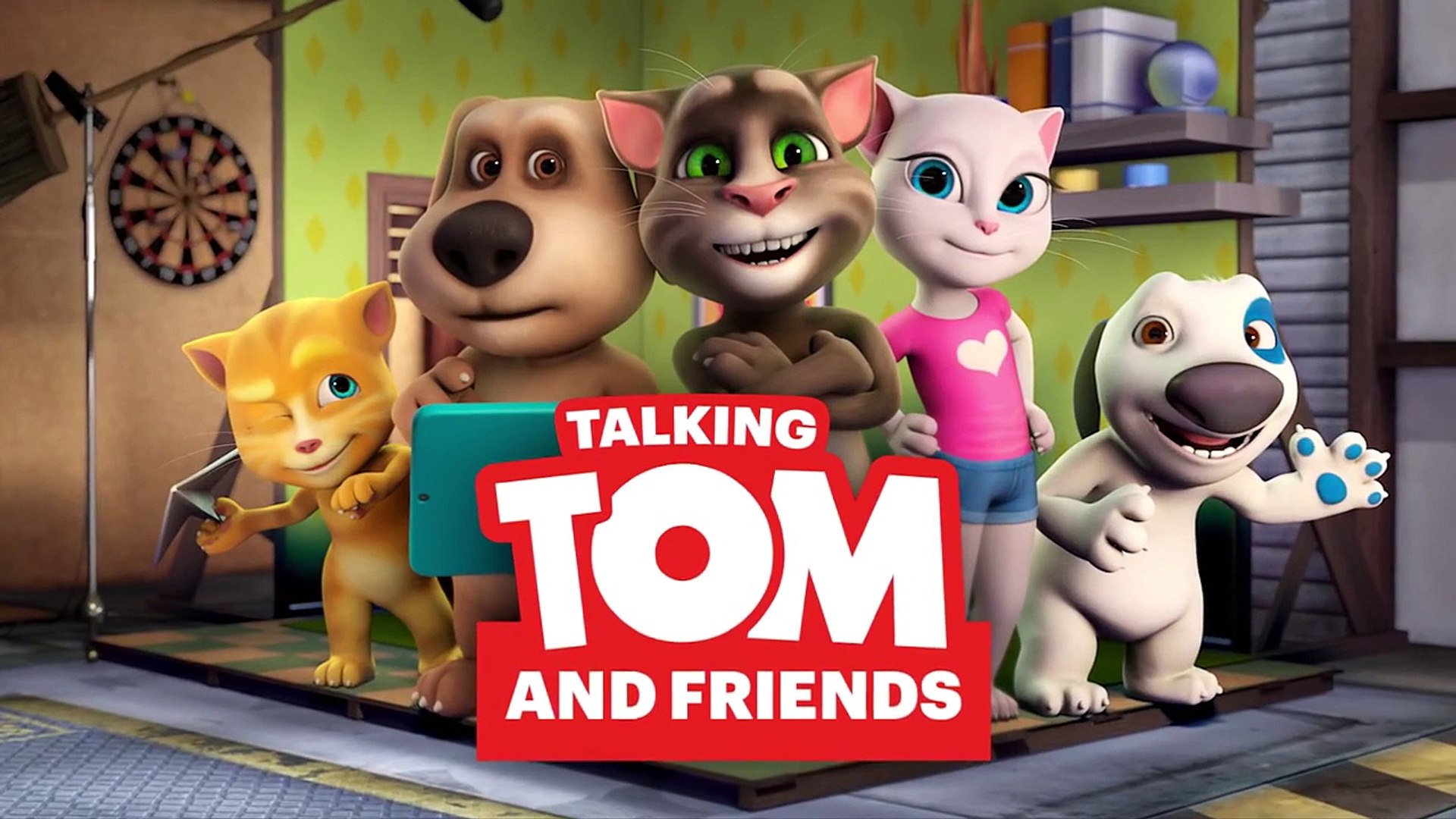 One of the most well-known mobile virtual pet apps is Outfit7’s My Talking Tom. At the time of writing, the original My Talking Tom had over 500 million downloads. In any event, the series includes a number of games, including My Talking Tom 1 and 2, My Talking Angela, Talking Tom Gold Rush, and a few others. You may feed, take your Talking Tom to the potty, and even converse with it. There are also a variety of mini-games and modifications to enjoy.
Even after all these years, the games are still among the greatest virtual pet apps. We’ve included a link to the entire Outfit7 collection above.