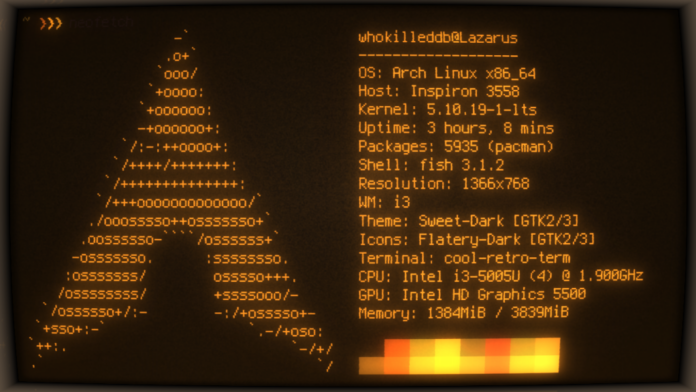 A terminal emulator is a programme that simulates software activities and allows a computer to connect to a distant system via a command line or graphical interface. The encrypted network protocol Secure Socket Shell (SSH) allows file transfers between the host computer and the remote system. In addition to file transfers, this tool allows the host computer to run the remote computer.

These operating systems support a wide range of terminals. To assist you, we have carefully selected the ten best terminal emulators for the Windows platform. 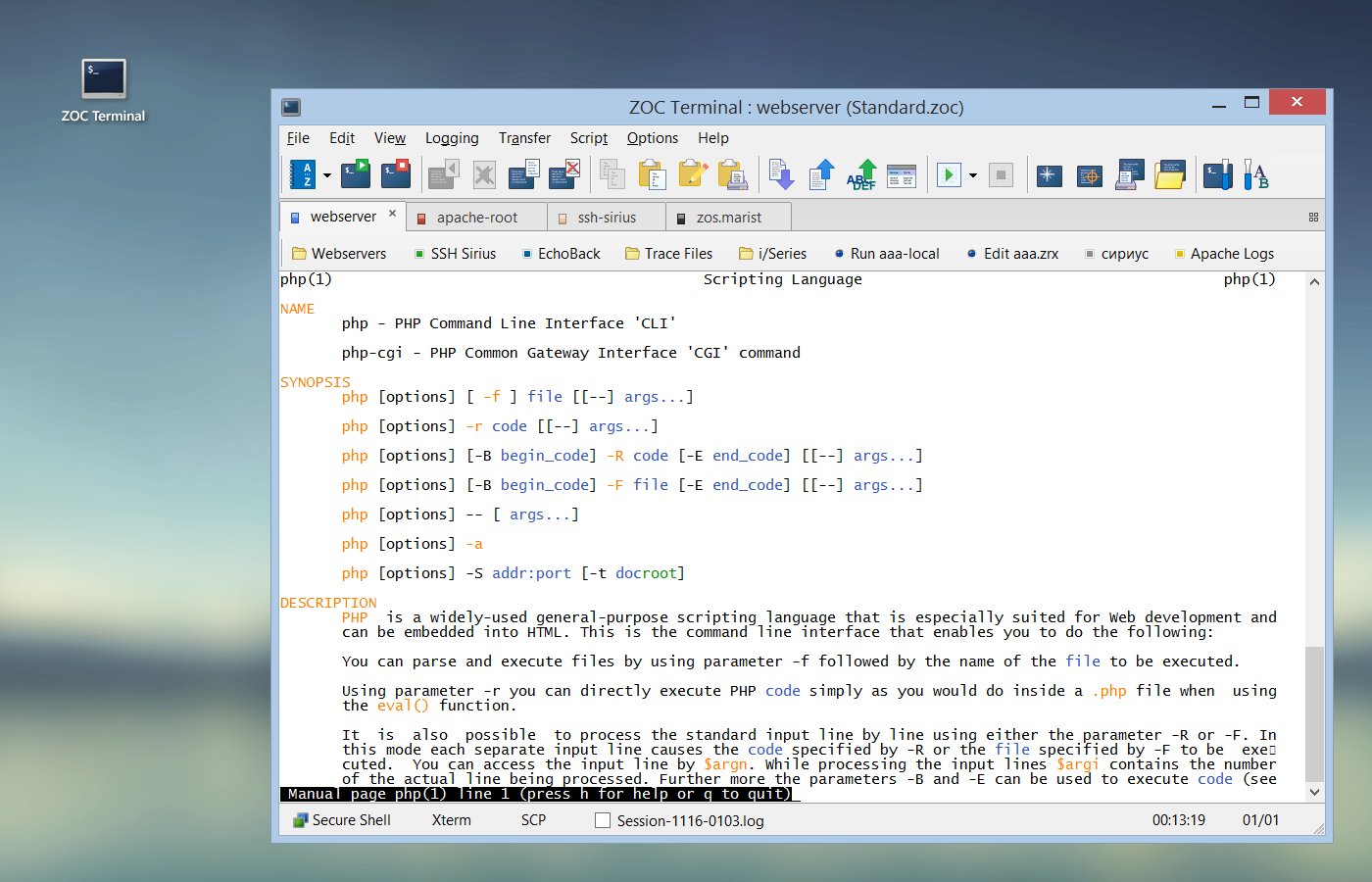 This is the excellent SSH client for programmers who need to access data on UNIX workstations from Windows. It is not free, but it includes some useful features for power users. Because it blends access to text-based servers and remote workstations, this is a one-stop shop for developers. It accepts a number of connection types, including Telnet, ISDN, and SSH. 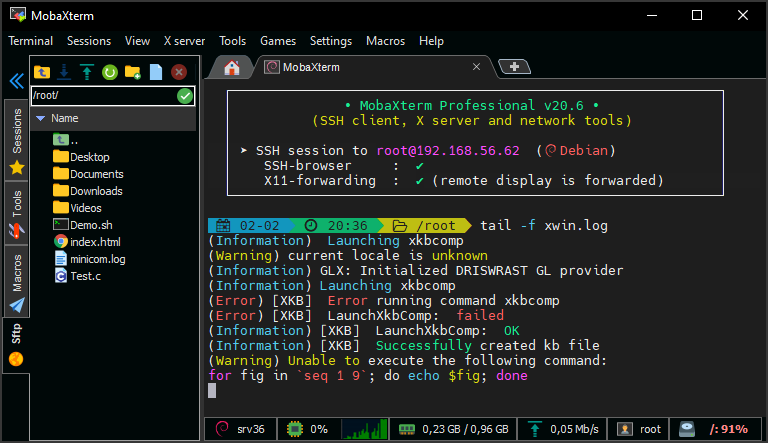 Remote computing is made simple with this all-in-one utility. MobaXtrem’s premium and free versions are called home and professional editions, respectively. This contemporary Windows terminal emulator contains a tabbed SSH client, network utilities, and other capabilities.
Using Mobaxterm, you may run the same command on multiple servers at the same time. 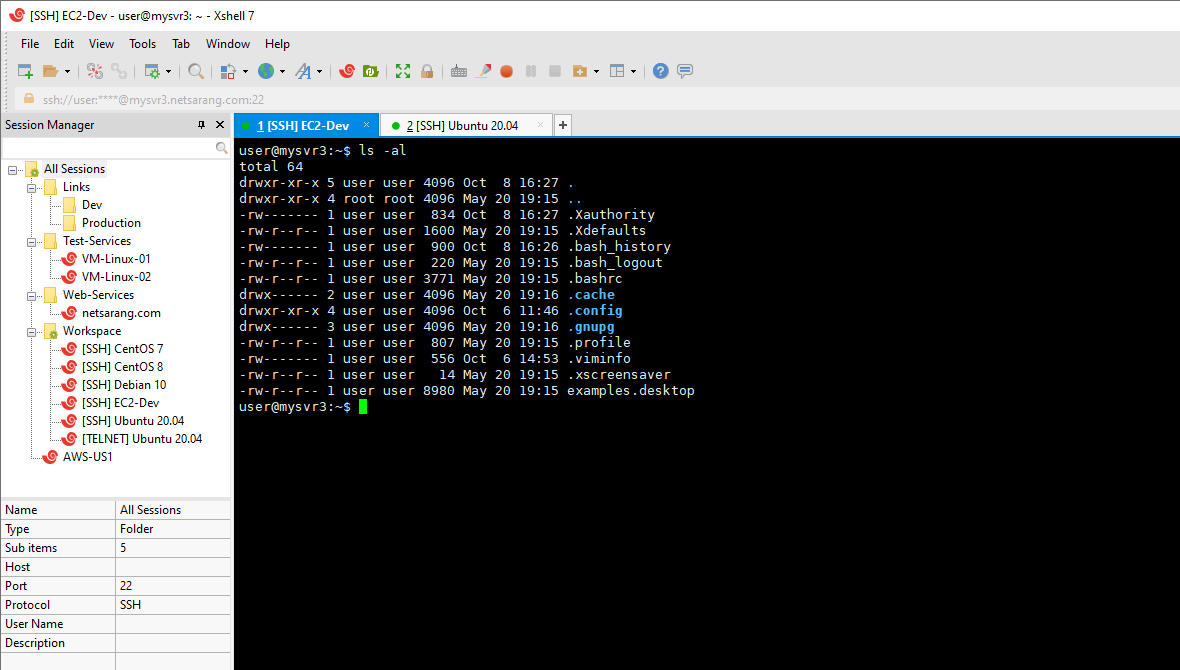 Xshell is a powerful terminal emulator for Windows 10/11 that accurately simulates a host system. It is a licenced Windows 10 terminal emulator that is widely considered as the industry’s most capable SSH Client. Furthermore, while Xshell is built for Windows PCs, it may easily connect to Linux servers. Finally, it is well-known and respected as one of the best terminals in terms of privacy and security. As a result, there is no risk of data loss. 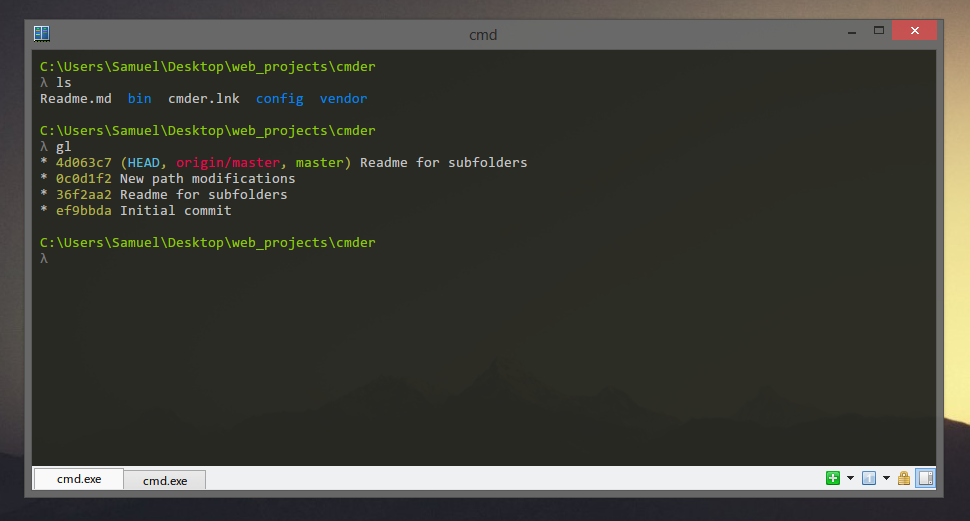 Cmder is a free and open-source Windows terminal emulator. The Cmder is an excellent Windows 11/10 terminal emulator written in C++ and Powershell. It adds Unix functionality to a Windows PC, making it compatible with MinTTY, myysgit, and PowerShell. This portable terminal emulator on a USB stick simulates video gaming consoles on your PC. 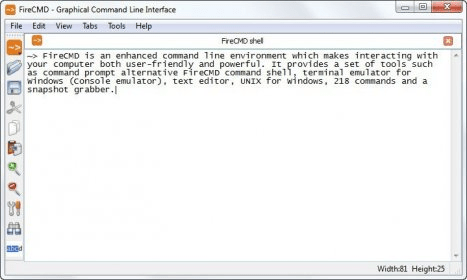 FireCMD is the ultimate method for creating a UNIX-like environment on Windows. Because it enables numerous tabs, users can complete multiple tasks. Its simple user interface, which resembles another Windows office product, making it extremely easy to use for even non-technical users. FireCMD allows you to execute numerous console programmes in a tabbed interface at the same time. 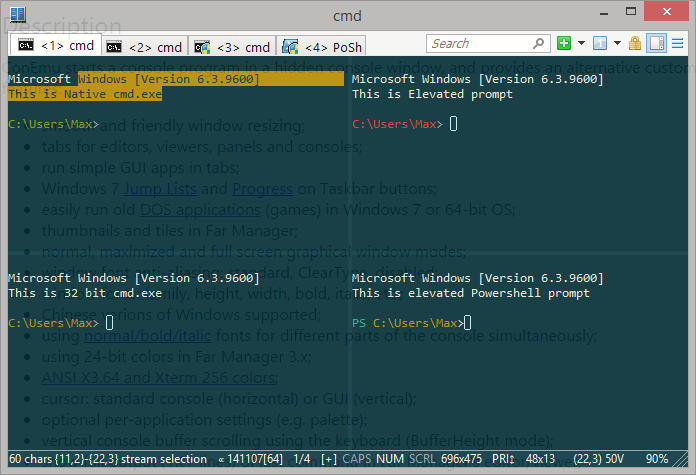 ConEmu is an open-source tabbed console emulator built primarily for Windows. It is a free and open-source Windows 10 terminal emulator that supports a variety of console programmes such as WinAPI, Cmd, and PowerShell. This useful, detailed, speedy, and dependable tool functions as a terminal for GUI-based software. 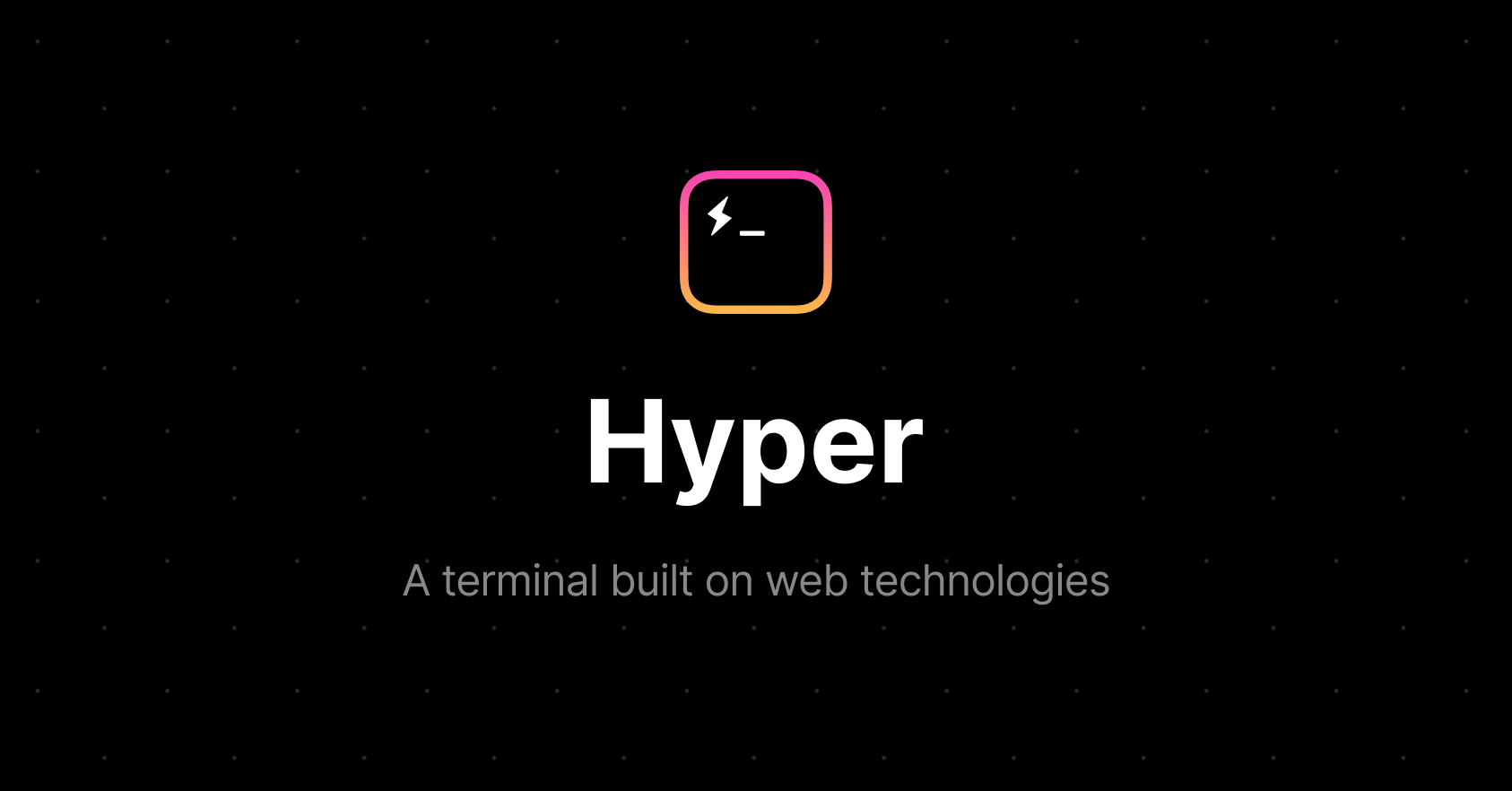 Another noteworthy software that runs on a variety of operating systems is Hyper. It’s a terminal emulator that works on Windows, Linux, and Mac. HTML/CSS is used in the Hyper development process for speed and stability. The main goal is to create a dial-up connection with another system. Using SSH and a dial-up modem, this utility can effortlessly connect to several systems. Babun is another high-level Cygwin-based utility. A Windows shell produced using Cygwin, a UNIX-like environment. It comes with zsh, a community-supported framework for managing Zsh preferences. Babun already has a Pact function built in. This Pact functionality allows developers to access shell provisions at any moment. It also includes a plethora of add-ons that significantly enhance its capabilities. 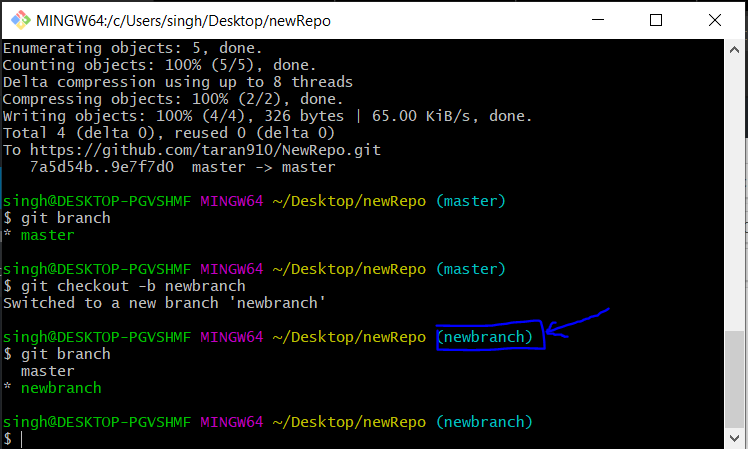 To use Git in the BASH emulator, use the Git Bash tool. Furthermore, because Git and GitHub are widely used in many projects, programmers recognised the high worth of this tool. After properly installing Git Bash on your Windows PC, you will be able to play with other features, such as Git Aliases. The Git Bash terminal programme, like Windows Terminal, is completely compatible with Windows 11. 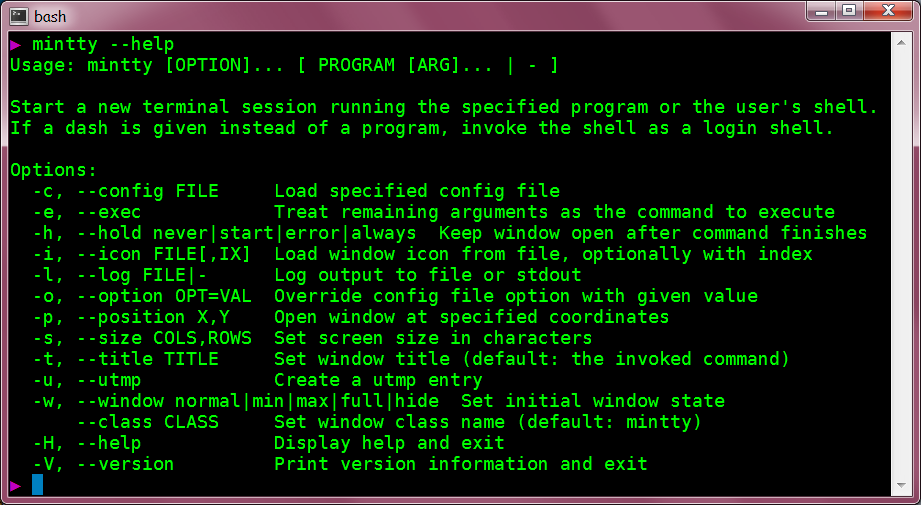 Mintty is a unique piece of open-source software that is ideal for programmers that usually use Cygwin for Windows Shell. Mintty is a small, open-source console emulator that works perfectly with Cygwin for Windows shell. The display is crystal clear and can display emojis, drawings, and images. However, Mintty’s interoperability with xterm is its most significant advantage.