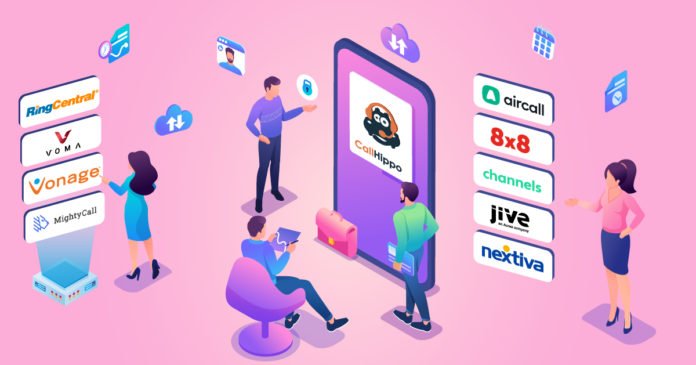 The age of utilising traditional landline telephones has all but passed. With easy access to the Internet and lower-cost cellphones, it’s simple to cut the cord for good. You’ll still need a data connection, such as a carrier plan or WiFi, but every app on our list allows you to make free calls.

We don’t make much of a distinction between traditional phone calls with numbers and VoIP calls because they both serve the same purpose, but we did put both types of apps on the list. However, we advocate VoIP over physical calls because the Internet is almost everywhere and it is much easier. Here are the best Android free call apps! You can also check out the best free call apps and sites for PC, Mac, Linux, and iOS by clicking here!

Google Voice is one of the best ways to make an online call. You may make free phone calls, free PC-to-PC calls, and free PC-to-phone calls. However, voice is much more than this. It’s essentially a phone number management tool that can automatically redirect incoming audio calls to any other phone you own or send them directly to voicemail. You may also filter calls and generate custom away messages for individual contacts, as well as establish groups within your contact list to which you can apply rules, such as custom call forwarding.

Free SMS, free conference calls, and free voicemail services are also available. Voice free calls must be made to numbers in the United States or Canada, and they are restricted to three hours. You can, however, continue to make free calls to the same number indefinitely. The Voice app is accessible over the web as well as on iPhone, iPad, and Android devices.

WhatsApp is a popular communication software owned by Facebook with hundreds of millions of users. You may, however, call your WhatsApp contacts directly from the app using only your internet connection (this does not count against your phone plan’s voice minutes).

To get started, simply confirm your phone number. Once you’ve downloaded the app, you can start a new chat to see which of your contacts are also using WhatsApp, and then you may call them for free no matter where they are in the globe. Group calls can have up to eight participants.

You may also transmit movies, photographs, your location, and contacts to other WhatsApp users. End-to-end encryption is supported for all app communication.

Because WhatsApp requires the app to make free phone calls, you cannot use it to make free calls to phones that do not have the app installed, nor to landlines. WhatsApp may be accessed via a laptop computer or a mobile device such as an Android, iPhone, iPad, Windows, or Mac.

TextNow is a smartphone software that allows users to make and receive free phone calls. You may also text any phone since you are given a real number to use. To make phone calls to non-users, such as landline phones, you must purchase or earn redeemable credits.

The user interface is fairly simple. It keeps track of call history from within the message centre, it’s quick and simple to initiate a phone conversation, and you can even send messages while actively engaged in a call.

TextNow allows you to transmit photographs, drawings, emoticons, and your location in addition to text messages. You may also personalise the voicemail greeting, receive email notifications when you receive messages, alter the backdrop of the message screen, use a different alert for various contacts, adjust the overall theme, and use a signature with all your messages.

You may sign in to your TextNow account on a separate device, and all of your saved messages and phone contacts will be available for use right away. Because TextNow does not require a phone number to be set up (just an email address), it works with devices that do not have a phone number, such as the iPad, iPod touch, and Kindle. You can call and text from your computer if you’re using TextNow on Windows, Mac, or the web.

Google Duo is yet another Google audio calling software. You can only make audio calls or utilise it for free video calling. Google Duo, on the other hand, does not allow you to send or receive text messages.

When you select a contact to call, Google Duo prioritises other Google Duo users in your contact list. Everyone else is mentioned below, with an invite button next to their names, so you may invite them to join you on Google Duo for free voice and video calls.

Because this software connects you to other Google Duo users, you cannot contact home phones or any other phone that isn’t connected to the app. Google Duo may be accessed via the website and the Nest Hub Max. It is also available as an Android, iPhone, and iPad app.

Textfree is a free app that provides you with your own phone number so you can make free app-to-app calls and text messages, and you can even personalise the voicemail greeting. The texting capability is also available on non-app phones, so you may use Textfree as another option to text your pals over the internet.

Every Textfree user starts with a certain amount of minutes for free calls to phones that do not utilise the app, such as landlines. There are methods for obtaining extra free minutes, such as watching video advertising and completing free offers.

If you do not use your Textfree phone number after 30 days, it is returned to the “pool” of numbers available to new Textfree members and becomes inactive. If your existing number expires, you can always acquire a new one. Textfree may also be accessed via the Android, iPhone, and iPad apps, in addition to the web.

Calling genuine phone numbers, such as landlines, is not supported by Facebook Messenger. It is accessible via any online browser, as well as the Windows 11/10 application and the Android, iPhone, and iPad mobile apps.

Snapchat is best known for texting and photo sharing, but you can also make free audio and video calls to your Snapchat friends.

Tap the discussion once to enter chat mode with one of your contacts, or create a new chat window. Then, press the phone button to make a free call to them using Wi-Fi or your device’s data connection.

You can’t use the app to contact home phones or devices that aren’t Snapchat users since you can only call other Snapchat users. Snapchat is compatible with Android, iPhone, and iPad.

Viber supports PC-to-PC and app-to-app free internet phone calls, therefore it is compatible with a wide range of devices. It searches your mobile device’s contact list for other users, making it simple to know who you may call for free.

Messages and video may also be forwarded to any other device that has it loaded, whether mobile or desktop. Viber allows you to enrol for a local number in numerous countries to receive calls and texts, however this service is not free.

The programme is compatible with desktops running Windows, Linux, and Mac, as well as mobile devices running Android and iOS (iPhone, iPad, and Apple Watch).

Elegram is well-known for offering to provide encrypted text messaging and video calls. The software is quite simple to use, and the text messaging functions are available anywhere you log in, such as on the web, the desktop, or the mobile app.

After adding a contact to Telegram, you may call them directly from the app by viewing the contact’s Info page and selecting the phone icon. Telegram is available on a variety of platforms, including Android, iPhone, iPad, Windows Phone, macOS, Windows, Linux, and the web.

Skype is a famous messaging service that allows users to make free internet phone calls between various desktop and mobile platforms. Because it works on both PCs and mobile devices, it allows for any type of communication—PC to PC, app to PC, app to app, and PC to app.

To make contacts, receivers must already have a Skype account; creating a Skype account on Windows or other platforms is simple. A user’s email address or phone number can be used to locate them in the public directory. If you know their username, you may also add them directly.

Internet calling, as well as video calls and text messaging to any other user, are supported. Some devices, such as Nokia phones, come with the app pre-installed. Skype is also available on Android, iPhone, iPad, Kindle Fire HD, Mac, Linux, Windows, Xbox One, Amazon Echo Show, and other devices.