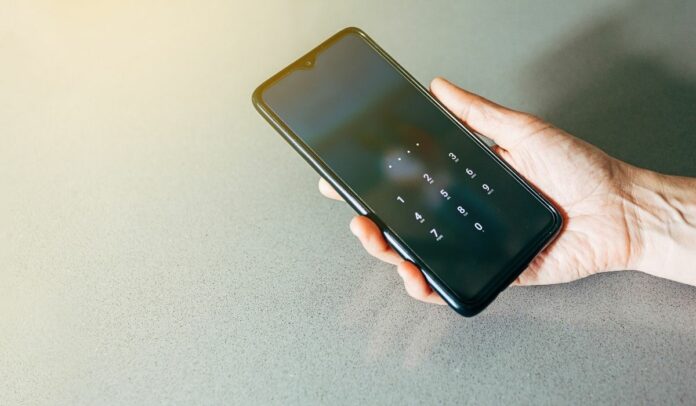 It’s worth noting that lock screen apps are a vanishing breed. Most biometric unlock techniques completely skip the lock screen, and many users don’t even glance at it anymore unless they need to check a notification or the clock. Furthermore, practically all Android phones now come standard with always-on screens, a feature that used to need an app. We don’t see much new development in this field, and most of what is offered lacks the protection of the original lock screen. As a result, we compiled this list of the few decent lock screen applications that are still under active development, as well as a few old favourites that may never see active development again. 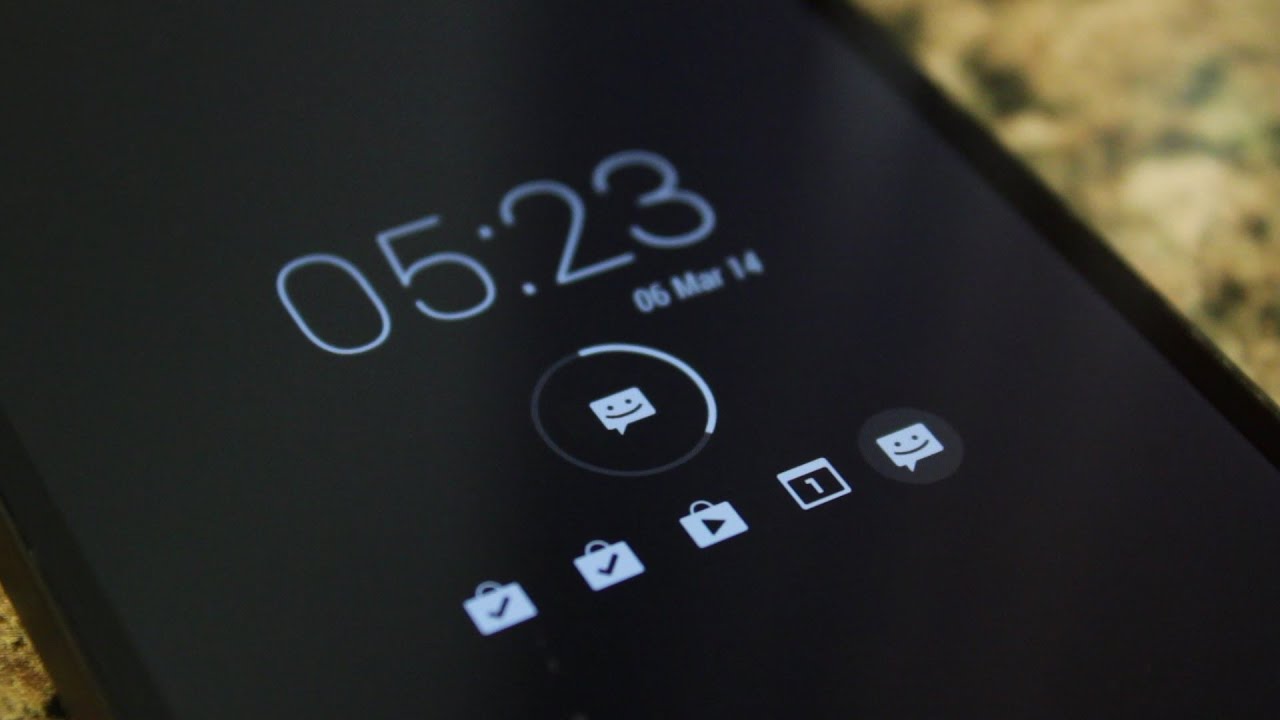 AcDisplay is a well-known lock screen application. It mimics the always-on lock screens used on smartphones such as the Moto X, Galaxy S8, and others. Users may experiment with alerts without having to unlock their display. It also has a few tweaks. You may, for example, configure it to operate only during specific hours to conserve battery life. Something similar is becoming standard on an increasing number of gadgets. As a result, we would only recommend AcDisplay to users of older devices that do not already have this capability. It was last updated in 2015. We’re not sure if the developer is still working on it. It is, at the very least, free to download and experiment with. 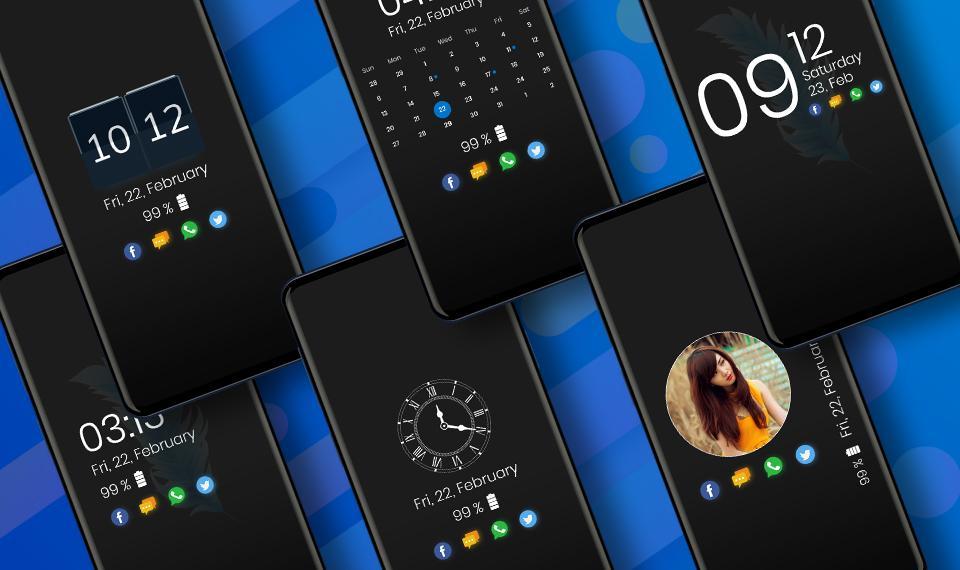 Always on AMOLED isn’t a lock screen, but it mimics one. It essentially imitates the Always On Display functionality seen on many smartphones. The app displays time, alerts, and other information. It also has features like clock movement to prevent burn-in. The app may even activate doze mode while it is operating. This is exclusively recommended for smartphones with OLED screens, such as Samsung’s AMOLED. On LCD panels, it loses a lot of its sparkle. We also propose this just on older devices that lack always-on-display as a natural feature. Native versions nearly often outperform third-party apps. 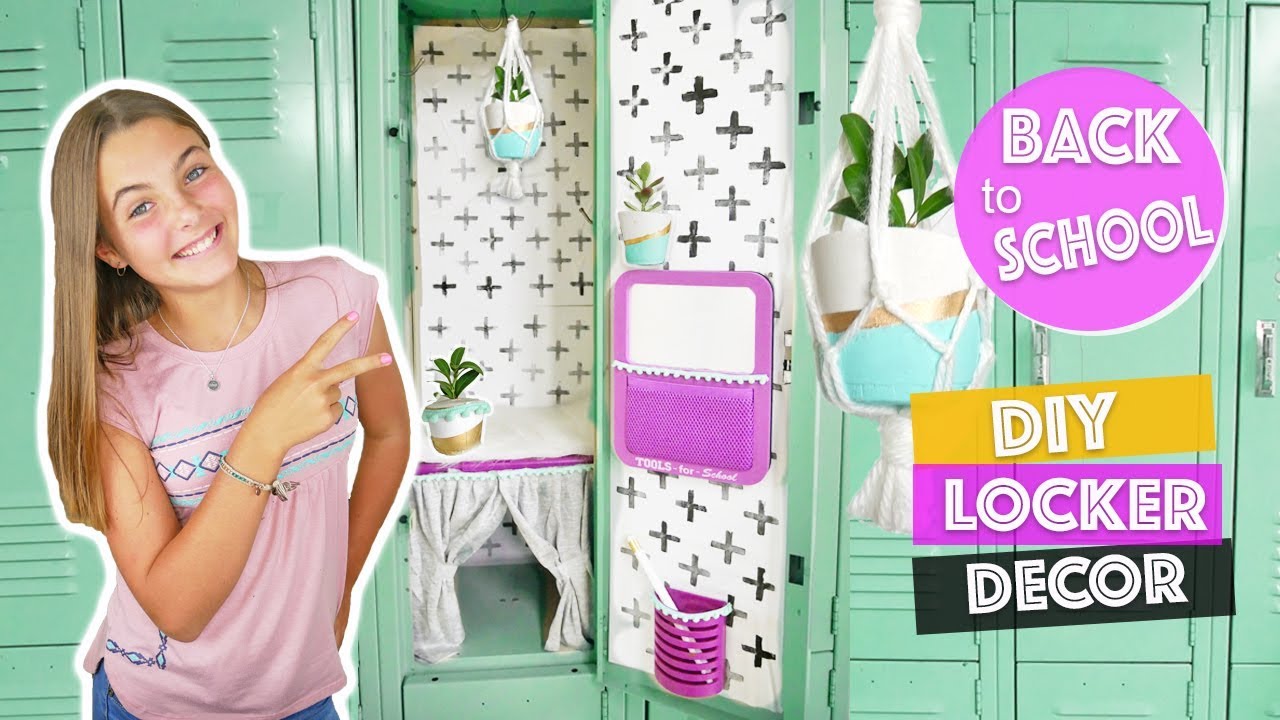 DIY Locker is a basic lock screen with some basic principles. It allows you to add a password or a pattern code to your lock screen. It does, however, give the opportunity to personalise such items with images of individuals you admire. It also has notification widget support, a music player, and an app quick start. It’s a bit of a guess if it’ll work for many people, but lock screen applications aren’t the thriving industry they once were. It will, however, work for some people. 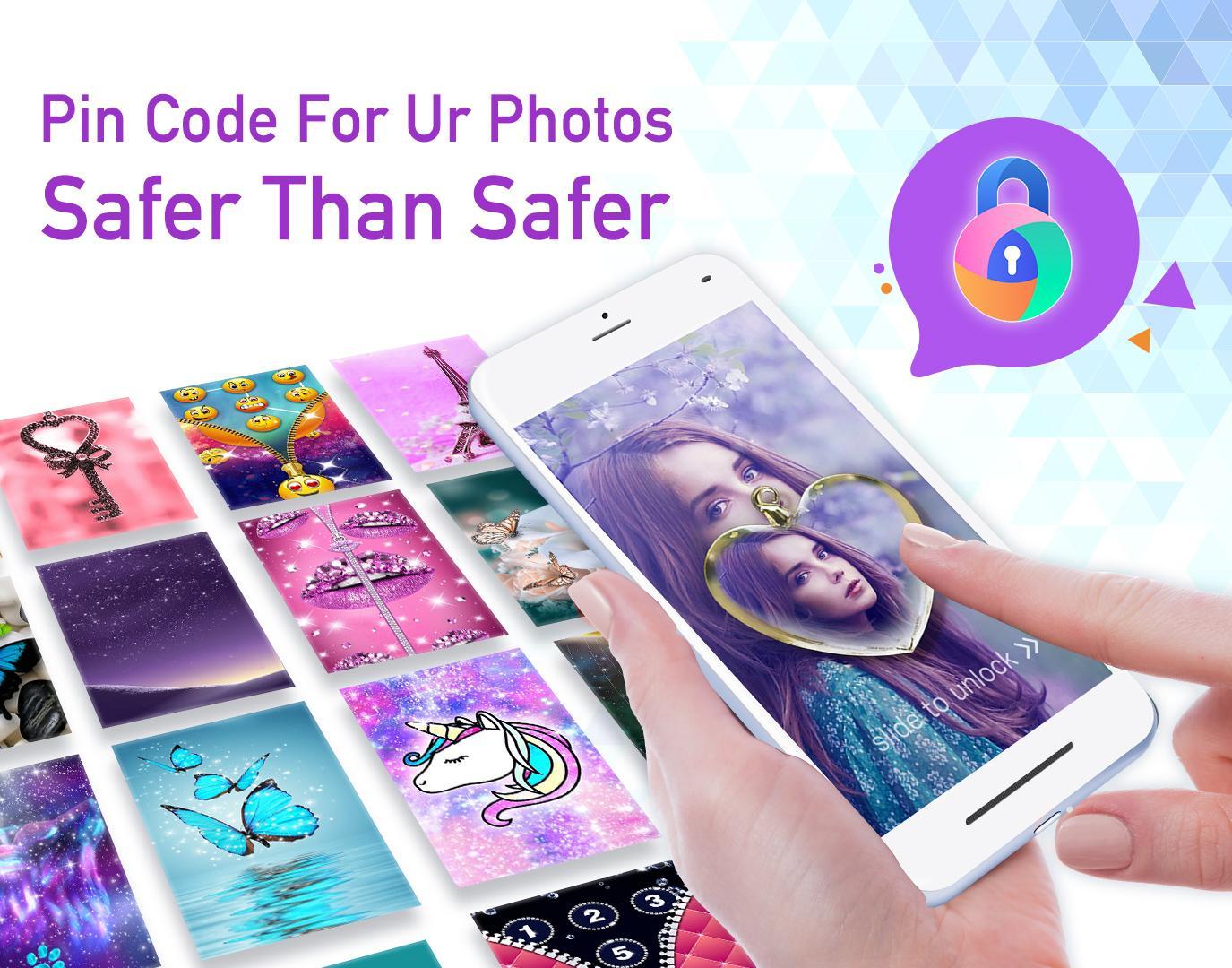 DIY Lock Screen is a Google Play developer that has a collection of incredibly basic, themed lock screen apps. Each one functions in roughly the same way. After you lock the phone, it displays a colourful lock screen. They don’t offer much protection, but you may supplement it with features like as a 4-digit passcode. The many themes available are the main appeal here. To be honest, you can probably find wallpapers that work just as well for this, although some of the themes look rather nice. This isn’t our first pick, but it’s one of the few enjoyable options available.

Floatify is a popular and rather contemporary lock screen replacement app. It appears to be a stock lock screen. It has a plain backdrop with the time shown on the front. Weather, alerts, and other data may be added. You may also change the shortcuts on the lock screen’s bottom. Other current features include turning on the display when you pick up the phone, customizations, and a chat heads function similar to Facebook Messenger. It’s really rather decent for a replacement lock screen. It hasn’t been updated since late 2017, thus we’re not sure if it’s still in active development.

KLCK was created by the same people that created the popular KWGT Kustom Widgets and KLWP Live Wallpaper applications. Essentially, this app allows you to create your own personalised lock screen. It employs a basic editor with a plethora of capabilities. You may include notifications, different shapes, your own images and backgrounds, and other features. You may also add Google Fit data, weather, live maps, music player functions, and even an RSS feed. This gizmo even has Tasker support. It is currently in the early stages of development. As a result, bugs are to be expected. However, if you want a personalised lock screen in 2018, this is the one we recommend. 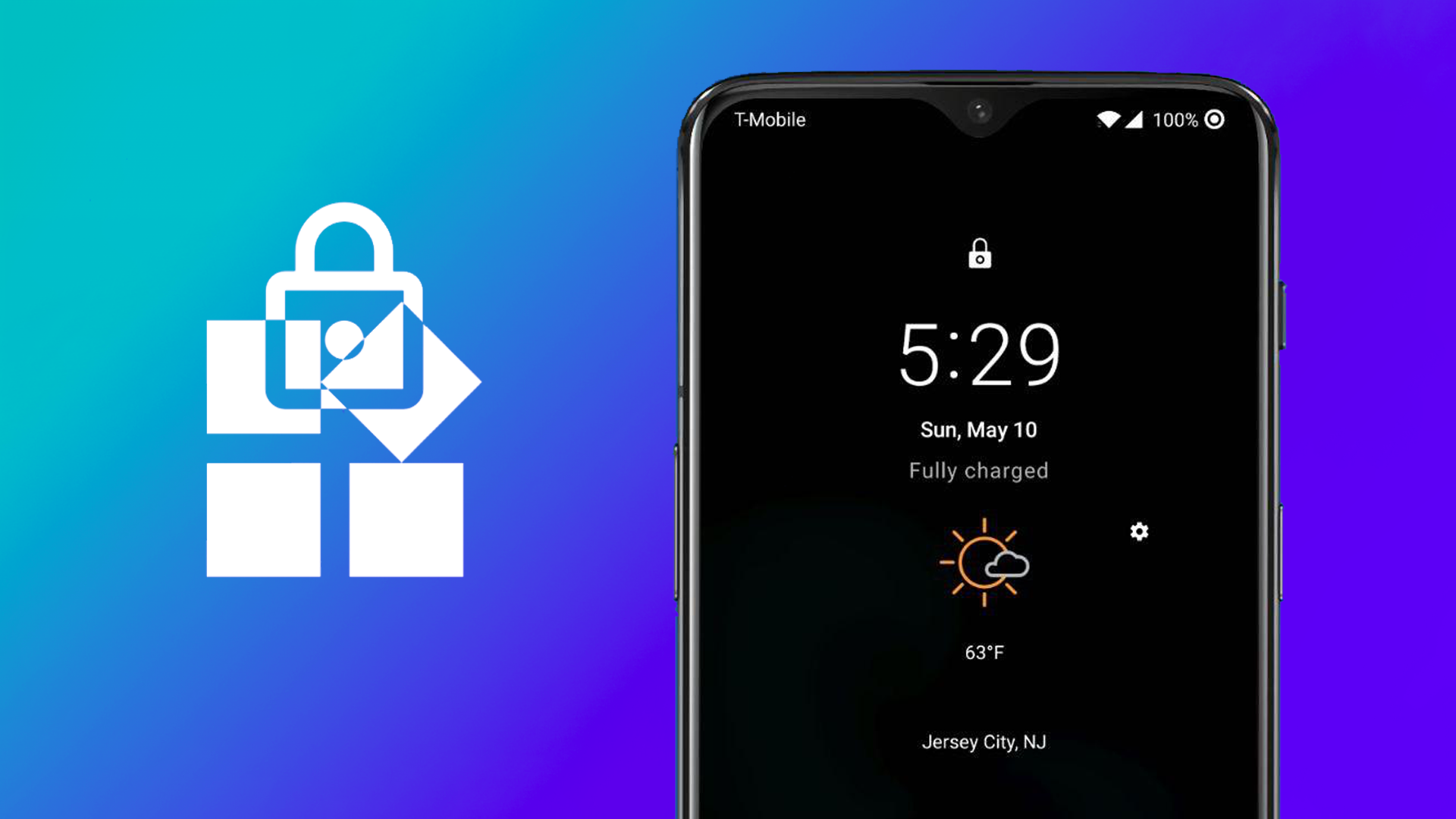 Lockscreen Widgets is a very new lock screen replacement app. It simply reintroduces an old Android functionality that allows you to place widgets on your lock screen. The app allows you to have one widget per page and numerous pages. This is ideal for individuals who want additional information on their lock screen and those who miss the functionality from Android 5.0 Lollipop. The app is still in early release beta at the time of writing, but it performed admirably in our tests. It costs $1.49 and contains no in-app purchases or advertisements.

One of the finest DIY lock screen programmes is Solo Locker. You’ll have access to a slew of personalization options and lock screen components. You may then design your lock screen anyway you wish. It includes a variety of lock techniques, wallpapers, and even widgets. These may be used to create your lock screen. There isn’t a lot of depth here, but there are enough alternatives to keep things interesting. The main app is free, and you can buy extras with in-app purchases. 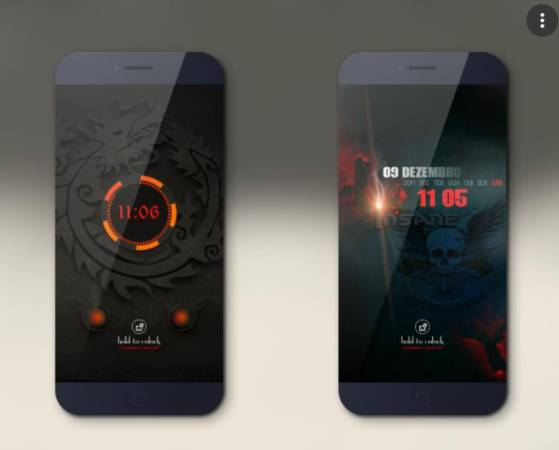 We mentioned KLCK earlier in the post, and it’s fantastic for creating your own lock screen. However, there are a plethora of KLCK themes available in the Play Store that perform the most of the work for you. Liquify (see link below), Evonix, Grace, S9, and many more are some examples. Some are themes that appear like other gadgets, while others simply look lovely. Furthermore, some, such as S9, function as a combined set for KLCK, KLWG, and KLWP for some substantial customisation. They aren’t stand-alone lock screen applications, but they all function with KLCK and remove a lot of the guesswork out of the equation. You may also look for more KLCK themes on the Google Play Store.

10. Use your lock screen 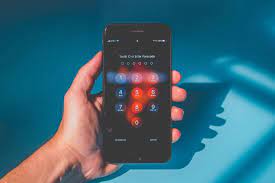 Here’s the deal, people. With recent versions of Android, Google has restricted a lot of the functionality of your lock screen. Third-party alternatives no longer have the same clout they once had, and cool features like lock screen widgets are no longer available (and, by extension, DashClock Widget, and similar apps). The stock lock screen may display alerts, keep intruders out, and remain active at all times if necessary. Unfortunately, with the lock screen as minimal as it has been, that’s about all you can do these days, even with third-party solutions. If possible, go with the standard lock screen because third-party solutions are gradually falling out of favour. Furthermore, as biometric solutions become more prevalent, many consumers bypass the lock screen entirely.